I thought I would take a moment today and introduce my handsome traveling companion who’s throwing his two cents in on my traveling posts. This is Benjamin Button (a.k.a. Ben, along with other more creative variations of his name including Ben Butt, Mr. Buttons, Ben-Ben, etc.). He’s a Papillion-who-knows-what mix (we kind of assume Border Collie, though let me tell you, he can howl with the best of them and he’s LOUD!). At this point, he’s about 3 years old and has been my constant companion for two of those.

About 2 and a half years ago, I had a seven-year-old Shetland Sheepdog (Sheltie), Spirit. She was spunky and independent, an obsessive tuggy and fetch player, and all around wonderful dog. She was also my first puppy. Through a series of unfortunate events, I lost her in the fall of 2014 when her liver shut down in response to a medication. I was in the middle of student teaching at the time and discovered how much I missed having a happy face to great me when I got home. I made it two weeks before, with many tears, I started looking for a new puppy.

I ended up on Papillion Haven Rescue (paphaven.org), having wanted a Papillion since I was a very little girl. This was when I ran across the cutest puppy I had seen.

Look at him. Isn’t he sweet?! I put in an application, called the next day, and set up a home visit with his foster home. She drove him up from Tucson a few days later. I sat down on the floor to greet him, he climbed into my lap and plopped down and…well the rest is history. Almost

He stayed, don’t worry. But about two weeks later, I ended up having a diabetic seizure (brought on by a severe drop in my blood sugars). I ended up with a concussion from the fall and some wicked drugs from the hospital, all of which made for a long recovery…longer than usual to be sure. So we started looking into solutions to help avoid this. One of the solutions was having a service dog. Ben was about 8 months old, still puppy aged, so we looked up an organization and took him in. They said he was right at the cut off of when they train puppies, but he showed aptitude (he crawled across the table to sniff the scent sample the lady was testing him with). We began about a year of classes to learn how to train him to alert to my high and low blood sugars and how to train him to function in public spaces.

To answer the most frequently asked questions: He can tell by smelling it. What they smell exactly, I’m not sure; no one has done the research. We train them using saliva samples from diabetics (or in my case, me) at the moment their blood sugar is too high or low: spit on a cotton ball, stuff it in an old test strip container, label it, and toss it in the freezer.

He’s now been training for about two years, and we definitely still have things to learn, but he’s been my miracle dog – silly and cuddly and lazy as all get out (we’re working on him being willing to give up on sleeping to alert…so far, no such luck), he makes sure that I’m healthy and he’s happy. He also runs agility (timed doggy obstacle courses) like a pro, despite his novice handler over here. His favorite things are fetch with the bumper, running full out in any large open grass space, hikes, being the center of attention, licking the ice cream bowl, and Saturday morning cuddles. His least favorite things are getting his toe-nails done, being left behind (despite his distaste of car rides), having his picture taken, and being made to wake up from a good sleep (his working hours are from 6AM-10PM if he has his way). But most of all, he worries about me in his own weird way and keeps me accountable. God knows we don’t deserve them, but I thank Him for my furry partner in crime every day. 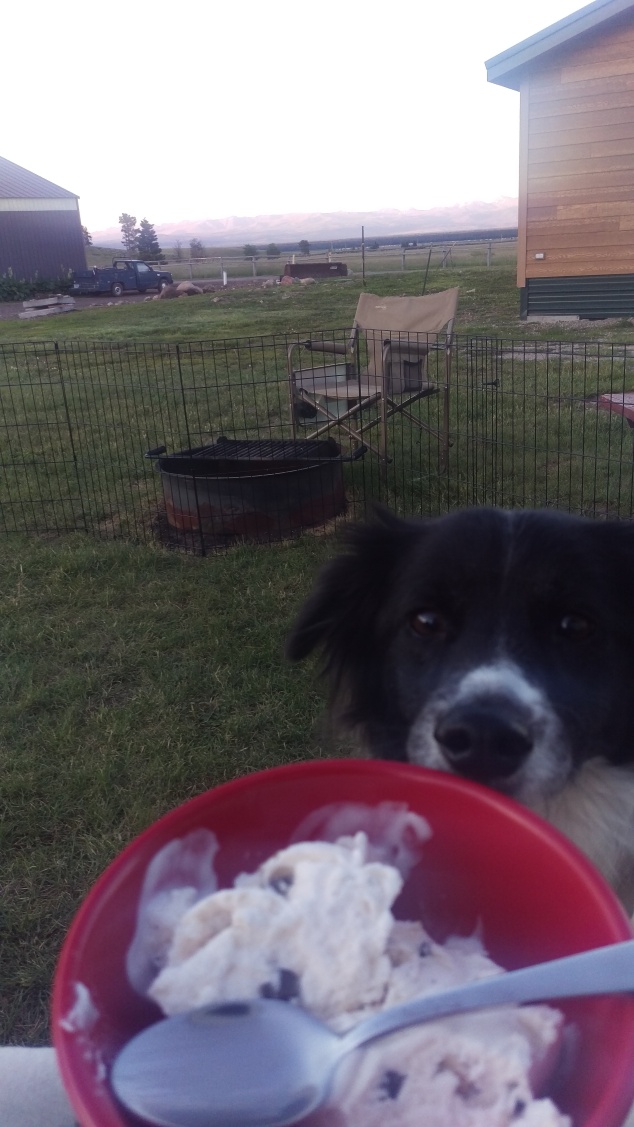